On Monday, Mike Stoker was sworn in as the Regional Administrator for the Pacific Southwest. He hit the ground running by meeting with local officials in Hawaii.

EPA officials will continue working through the weekend supporting emergency response officials in Hawaii, as they continue to deal with the fallout from recent volcanic eruptions.

Administrator Pruitt in The Detroit Free Press: "Americans count on the Environmental Protection Agency every time they turn on the tap. Protecting public health and ensuring the safety of our nation’s drinking water is one of the agency’s top priorities. That’s why EPA is helping to lead the nation’s efforts to address a group of chemicals called Per- and Polyfluoroalkyl Substances or PFAS...EPA is listening to the public’s concerns. We are providing the national leadership necessary to bring together stakeholders to improve our understanding of these chemicals. This week’s summit builds on EPA-issued health advisories for PFOA and PFOS – two specific PFAS chemicals – based on peer-reviewed science, ongoing scientific research and collaboration with our federal and state partners. EPA is also taking action to develop health toxicity values for GenX and PFBS, two additional PFAS chemicals. Together these actions, among others the agency has outlined on its website, will help put the right tools in the hands of our federal, state, local and tribal partners...These actions demonstrate my vision for EPA and our commitment to protect public health and ensure all Americans have clean and safe drinking water. EPA is actively engaged with states and communities across the nation so that, from the federal to the local level, we can quickly respond to and address the environmental concerns of the American people. This is cooperative federalism in action. This is good and responsive government.

Many of the links on this page exit the site. Exit Please see EPA's third-party web site disclaimer for more information.

What They are Saying: PFAS National Leadership Summit

Newark Star Ledger: "The chemical that has been used in non-stick cookware like Teflon, industrial operations, firefighting foam and pizza boxes has been found in groundwater in New Jersey and elsewhere. Now the U.S. Environmental Protection Agency is vowing to do something about it...Officials of New Jersey's Department of Environmental Protection were among those attending a two-day EPA conference to study the problem and look at possible solutions. 'Assertive federal leadership is needed on the issue of emerging contaminants of concern,' DEP spokesman Larry Hajna said. 'We hope that this conference will lead to strong national standards for these chemicals that are being detected in water supplies across the nation.'"

MLive: "In a morning keynote address, Pruitt called PFAS contamination a 'national priority,' noting the persistence and durability of the manmade contaminants -- sometimes called 'forever chemicals' -- in the environment, where they move quickly through groundwater, bio-accumulate up the food chain, but do not naturally breakdown. The EPA is developing 'groundwater cleanup recommendations' this fall for PFOS and PFOA at contaminated sites around the country, and Pruitt said the agency may add them to the list of hazardous substances regulated under the federal Superfund law. EPA will visit states with PFAS-impacted drinking water like Michigan, New Hampshire and Colorado this summer as it drafts a national PFAS management plan, he said. Michigan, which has 31 known PFAS contamination sites, was represented at the conference by Department of Environmental Quality director Heidi Grether and Michigan PFAS Action Response Team (MPART) chief Carol Isaacs. 'We look forward to working with our federal partners and stakeholders to achieve the outcomes,' Pruitt said."

WNYT NBC Albany: "Hoosick Falls Mayor Rob Allen was in Washington D.C. Tuesday to attend the U.S. Environmental Protection Agency’s summit on PFAS chemicals.The Rensselaer County village is one of several communities in the region dealing PFAS pollution... Speaking to WAMC Tuesday evening, Allen said he was able to express the needs of Hoosick Falls residents in a sit-down with EPA Administrator Scott Pruitt. 'The big points that our community and others have been saying is we need clear federal regulations and guidelines, and that comes in the form of an MCL, a maximum contaminant level. And it also comes in the form of actually declaring PFOA, PFOS as a hazardous substance – which has happened at the state level,' said Allen."

The (New Orleans) Times-Picayune: "The U.S. Environmental Protection Agency on Wednesday announced the award of just over $285,000 in grants to help restore swampland near New Orleans. The Coalition to Restore Coastal Louisiana will use the money to plant 5,000 cypress, tupelo and other native swamp trees in the Lower 9th Ward and along Lake Maurepas. 'We've already planted 30,000 in coastal swamp forest, and this will help us continue that work'" said Deborah Visco Abibou, the coalition's restoration programs director... 'We're looking forward to getting the community that's there involved and learning about coastal restoration,' she said."

WBRZ ABC Baton Rouge: "This grant will also provide opportunities for approximately 300 volunteers who will help to add 5,000 or more native swamp forest trees and restore or enhance at least 25 acres of cypress-tupelo swamp habitat, the release states. 'Protecting and restoring our coast is critical to Louisiana’s future, our economy, our way of life, and our ability to be protected from future storms,' said House Majority Whip Steve Scalise. 'In the Trump Administration, our state has an ally that understands the urgency of this need, and I’m pleased that they have partnered with the Coalition to Restore Coastal Louisiana to help rebuild roughly 25 acres of our coastal wetlands.'"

EPA continued work on cleaning up our nation's toxic Superfund sites including an announcement to clean up the American Cyanamid Superfund site in New Jersey, the delisting of the Frontier Hard Chrome Inc. Superfund site in Washington, and the opening of a new marina in Louisiana that was once a Superfund site. Here are some of the latest updates:

Patch (Bridgewater, New Jersey): "A cleanup proposal for the final stage of the American Cyanamid Superfund site in Bridgewater has been announced by the U.S. Environmental Protection Agency (EPA) Wednesday... The $74 million cleanup proposal involves excavation and dewatering of contaminated material within two waste disposal areas (impoundments), followed by shipment out of the area to a facility, for treatment and disposal. 'I want this site cleaned up and the 44,000 tons of hazardous waste out of Bridgewater and permanently destroyed,' stated Congressman Leonard Lance (NJ-7). 'I am pleased the EPA is implementing the final plan.'"

New Jersey News 12: "There are plans now in place to clean up the contaminated Superfund site behind the TD Bank Ballpark in Bridgewater...Environmental activist Ross Stander says that he’s waited 25 years for this day. He says that he pushed lawmakers for years to clean up the American Cyanamid Superfund site after harmful chemicals seeped into the soil...'People can be a little more secure knowing that every time it rains or there's a major hurricane they don't have to worry about things,' says Jim Crane with the Crisis Environmental Group."

The Columbian (Clark County, Washington): "Nearly 35 years after the Environmental Protection Agency listed the former Frontier Hard Chrome location as among the nation’s most environmentally contaminated sites... the site is now poised to be removed from the National Priorities List... EPA and the Washington Department of Ecology have determined that all appropriate cleanup work has been completed."

The (New Orleans) Times-Picayune: "Slidell's new marina, which combined federal and local money to build new floating and fixed dock space at what was once an area fouled by a creosote plant, has been recognized by the U.S. Environmental Protection Agency. The EPA has given the city of Slidell its 'Excellence in Site Reuse' award for the new marina at Heritage Park on Bayou Bonfouca. The marina, a $2.6 million project, is near the site of a former creosote plant, which was so polluted that it became an EPA Superfund site...The EPA spent $143 million cleaning up the site, which included removing more than 170,000 cubic yards of contaminated sediment, treating millions of gallons of water and recovering some 9.8 million gallons of creosote, EPA data show. EPA monitoring at the site continues...'We are honored to be receiving this distinguished award from the EPA,' Slidell Mayor Freddy Drennan said in the EPA news release. 'Heritage Park is a great asset for the city of Slidell and something that our community enjoys on a daily basis. I know that the new Slidell Municipal Marina will be welcomed by our citizens.'" 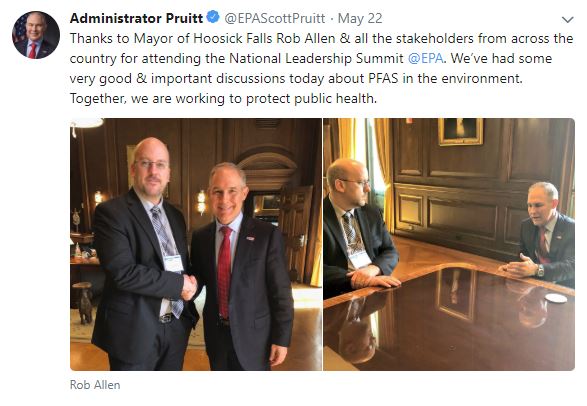 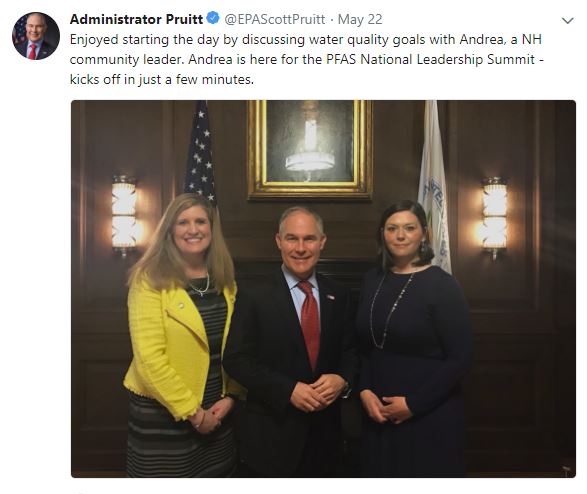