First, Houston converted five Priuses into plug-in hybrid electric vehicles (PHEVs). One of the PHEVs was incorporated into the Houston Fleet Share program, which is a ZipCar program for municipal employees. At the end of Q3 2013, the average actual MPG for the converted PHEVs was 36.82 MPG. Second, the project leased two all-electric vehicles (Nissan Leaf) and incorporated EVs into the Houston Fleet Share program. A marketing campaign occurred to promote electric vehicles and educate the public. This campaign also collected data from the charging stations to learn more about how the public is using them. Through a partnership with the Rocky Mountain Institute and Houston’s Geotechnology Research Institute, the City also developed a “Houston EV Readiness Roadmap” to identify and overcome longer-term barriers to adopting electric vehicles.

Third, the City implemented a bike-sharing program called Houston B-cycle, which initially provided 18 bicycles to travelers at three stations in downtown Houston. The number of bikes in the program grew to 220 by the end of Q3 2013. For trips under one half hour, bicyclers can use the bikes for free, after which they are rented on an hourly basis. This initiative was involved in the creation of Houston Bike Share, the non-profit that operates and maintains Houston B-cycle. Houston partnered with local business and developers to install the bike share station in a prominent downtown location. Solar-powered station kiosks will continue to collect data for analysis on usage and trip characteristics. Additionally, grant funding helped to support the development of “Recommendations for a Full-Scale Bike Sharing Program for Houston,” a report which assessed bike sharing programs national wide and focused on recommendations for expanding the initial pilot program.

The three initiatives provide important ongoing environmental benefits: they reduce GHG emissions by promoting alternative forms of transportation, as well as reducing air pollutants such as particulate matter and volatile organic compounds. Efforts to increase bicycle travel also yield health benefits to participants, facilitate accessibility to and within the downtown area, and improve quality of life in local neighborhoods. The City also focused on developing partnerships with local stakeholders to raise community awareness and acceptance of electric vehicles and bicycle transportation. Projects like the Houston Plug-in Roadmap, data collection efforts, and a focus on improving the deployment of electrical vehicles and bike-friendly technologies help to ensure that these benefits continue beyond the life of the program. 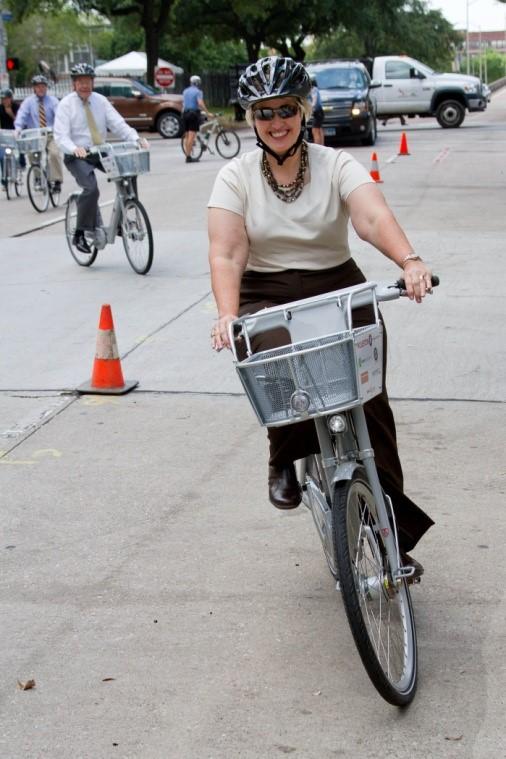 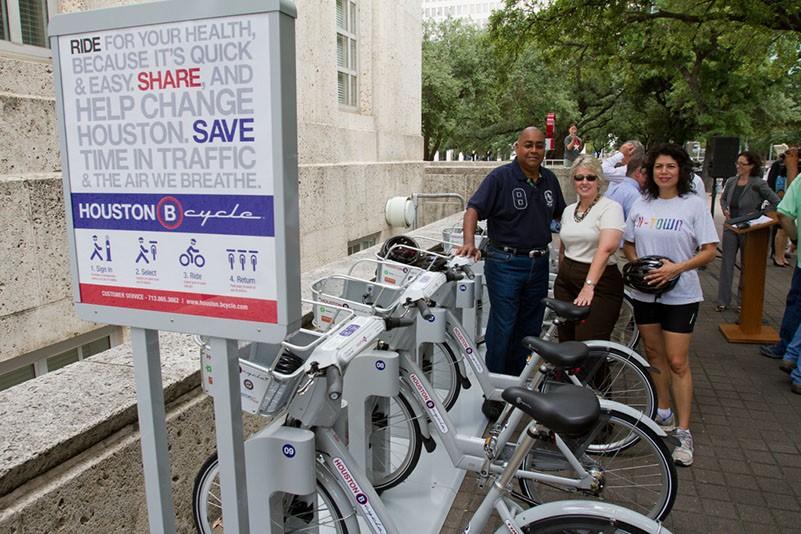 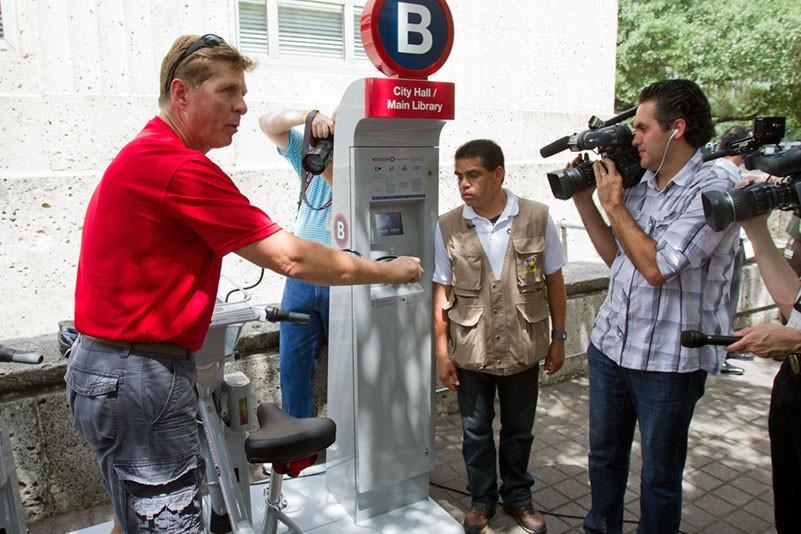 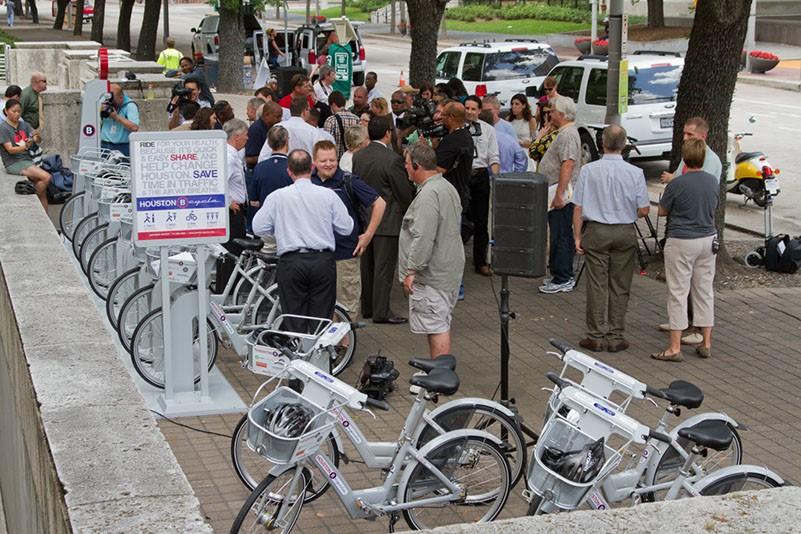 Photos from the Houston B-cycle Kick-off/Press Conference held on May 2, 2012 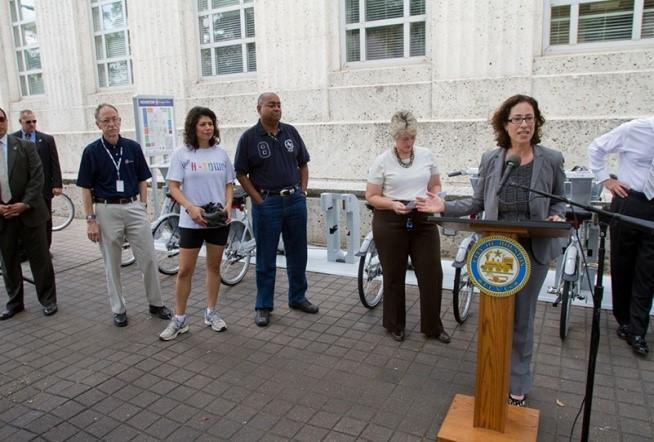