The City of Cincinnati approved the Green Cincinnati Plan (the Plan) in June 2008. The Plan aimed to reduce Cincinnati's GHG emissions by 2% each year for three years of the grant period, for a total of a 6% reduction. The CEA's energy audits expected to leverage $470,000 of investment in energy-efficiency, saving 1,000,000 kilowatt-hours (kWh) of electricity and 25,000 therms of natural gas. With 62 of the Plan's 82 projects now underway, the City created an outreach strategy to market the Plan. The project is also integrating climate change awareness in Cincinnati public schools, and hosting an annual climate summit. In addition, the Cincinnati Energy Alliance (CEA) is conducting energy audits for nonprofit organizations.

The City continues to promote the Plan through media, partnerships, and community events. The City partnered with Green Umbrella, the backbone sustainability organization in Greater Cincinnati, to develop two outreach campaigns. The "What's Your Green Umbrella?" campaign ended in mid-2013 and was awarded a Public Relations Society of America (PRSA) Cincinnati Chapter Blacksmith Award. The organization launched another initiative Exit promoting a 10% shift to local foods. Partnerships with other organizations led to the expansion of a tree-planting campaign, planting over 90 trees to date, and an event to promote transit ridership among City employees. A Zipcar service has also been established as part of the Green Cincinnati plan implementation, with six Zipcars now located in Cincinnati. The City worked with environmental educators to distribute Climate Protection Toolkits in local schools. Six schools report they have recycled 28 tons, and composted 142 tons, of material. The Greater Cincinnati Energy Alliance completed 13 energy audits of non-profit buildings. Lastly, the City continued to shepherd Green Cincinnati Plan Actions: Car Sharing, City Fleet Fuel Efficiency, City Employee Transit Ridership, and Electricity and Natural Gas Aggregation.

To expand the impacts of the Plan, the City:

The biggest hurdle for this project was getting people to create an account and register actions.  Many people had already fatigued of having to create a new user ID and password for every online store or initiative on the internet. Although well intentioned, non-profits ended up being the entities that had the least access to capital to make energy-efficiency improvements recommended by the GCEA audits. Better coordination between all aspects of this grant may have improved effectiveness and results. For example, the marketing and outreach campaign could have focused on schools and non-profits rather than the community at large. The City’s financial controls and lack of experience in marketing make it a challenging fit for running a marketing and research campaign. With more resources, Cincinnati may have implemented focus group testing first to inform the branding work rather than after branding design occurred.

The Green Umbrella organization continues to flourish as new sustainability campaigns are developed.  Green Umbrella’s use of the collective impact model has resulted in new initiatives, strengthened existing initiatives and increased fund raising. 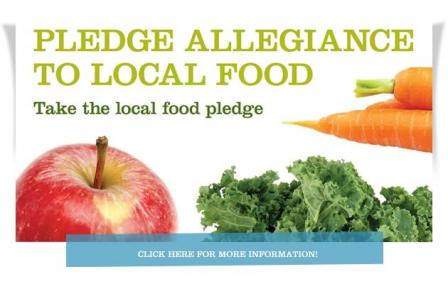